We Are St Andrews Free Church

We are a Christ-centred, Bible-driven church in St Andrews, Fife. Our passion is to know Jesus & make him known. We are made up of people of all ages and stages of life and from many different nationalities; a mixture of local residents & students; a combination of young believers, mature Christians & those investigating the Christian faith for the very first time. We'd love for you to join us.

We meet on Sundays at 10:30am and 6pm at the Halls on Queens Terrace.

Our Sunday services are time spent learning from the words of our Lord Jesus Christ and praising him together. Each service lasts for just over an hour, after which we serve tea and coffee. You can expect a warm welcome, a mixture of modern songs, well-known hymns and ancient psalms, and an engaging talk. You can listen to one of our recent talks on our resources page.

God’s word the Bible is perfect in every way and is the supreme authority of the Church in all matters of faith and conduct - we want to believe what God says in the Bible, and we want to live in obedience to Him.

But ever since the earliest days of the church, Christians have laid out their beliefs in brief 'creeds' or 'confessions' in an attempt to summarise essential Christian truths and to guard the church from error. These statements are always secondary to the Bible but they are enormously helpful. For that reason, all leaders in St Andrews Free Church are required to affirm the Westminster Confession of Faith and to seek to live in the light of it. Download a copy here.

St Andrews Free Church began life as a small church plant from St Peter’s Church, Dundee around 2003. From those early beginnings, God has grown us to be a thriving church family.

Over the last 10 years the church has met in various locations and at various times but our core convictions and aims have remained unchanged.

We believe passionately that the good news of the life, death and resurrection of Jesus Christ is not only true and relevant but also deeply fulfilling and life-changing.

For that reason, we want to do everything we can to play our part in the global mission of God’s people. After he rose from the dead, Jesus told his followers to ’make disciples of all nations’ (Matthew 28.19) His words shape our aims as a church family. They can be summarized under three headings. To the glory of God, we seek to: 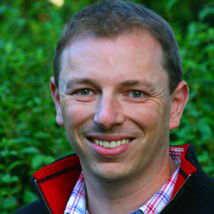 Paul is married to Emilie, and they have 3 children - Fred, Archie & Sophie, and one dog - Willow. Paul joined us from St Helen’s, Bishopsgate in 2013 where he had worked for 14 years. He enjoys playing golf, going for walks with friends & family, and eating good food. 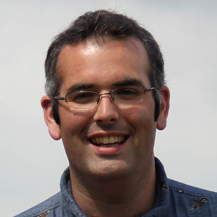 Hamish grew up in Perthshire and, after 11 years as a student and then in ministry in a local church and with UCCF in Durham, moved here with the family in 2014. Alongside serving across the life of the Church he has a particular oversight of training, both with the Staff team and more broadly. He's married to Marije, and they've got three children. Along with hanging out with them, Hamish enjoys reading, music and sports, including the annual vocation of supporting Scotland Rugby. 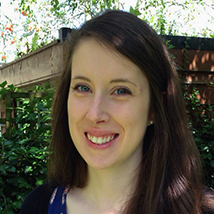 Jody grew up on the Isle of Lewis and studied in Glasgow, where she completed a degree in English Literature before spending a year on the Scottish Cornhill Training Course. She then spent two years as a ministry trainee at Christ Church Cambridge. Jody's delighted to be back in her beloved Scotland, and especially to be near the beach again. She loves doing anything that involves spending time with her husband Matty and her friends, particularly if it involves tea and cake.

Matty is from Northern Ireland where he came to faith at the age of 18, just before moving away from home to study English Literature at Newcastle University. After graduating he took part in the UCCF Relay programme in Stirling, before moving back to Newcastle to serve as a ministry apprentice at Jesmond Parish Church. After a brief spell in Glasgow he moved to St Andrews in 2016 as the UCCF Staff Worker.  He's married to Jody and enjoys a good read, good coffee and a good football match, though his beloved Newcastle United rarely provide that for him!

Growing up in Nepal, before moving to Wales, with parents from England and America, Phil has no idea where he is from. However St. Andrews has now become home after studying Chemistry at the university and then staying on to serve at the church while studying part time first at Cornhill Glasgow and now Edinburgh Theological Seminary. Phil loves cooking for friends, going for walks and climbing in the mountains.

Having previously served as a pastor in the Presbyterian Church in America, Ben is now pursuing a PhD in New Testament at the University of St Andrews. He is married to Bethel; together they have five children.

Our Ministry Trainee Scheme aims to help people grow in love for Jesus and to get a taste of serving him in a local church.

Sarah came to St Andrews in 2014 to study theology and biblical studies. Over her time here she’s grown in her passion to see Christians built up and non-Christians reached with the good news. Growing up on a farm in Northern Ireland, Sarah loves spending time outside. Originally pursuing a career in corporate law but now unsure of what to do with the rest of her life, Sarah hopes to be able to use what she learns during the traineeship to help others to understand God’s Word better in the future.

Hailing from Speyside, Caelan has grown up with a passion for spending time in the great outdoors. Ultimately this passion drew him to study away from the cities and instead to St Andrews where he came in 2014 to study Maths, a subject which he remains fiercely passionate about. In St Andrews he has grown hugely in his love for Christ, his desire to serve him in all things, and in his appetite for reading and teaching the Bible. This has culminated in him undertaking the MT scheme.

Our Elders are responsible for the spiritual oversight of the congregation. Alongside Paul, Hamish and Ciarán they are: 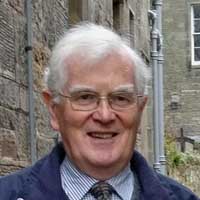 Iain lives in Markinch, and has two grown up children and four grandchildren. He is retired after many years in the Civil Service. Iain spends a great deal of time processing Forms in connection with the Protection of Vulnerable Groups Scheme on behalf of the Free Church at large. 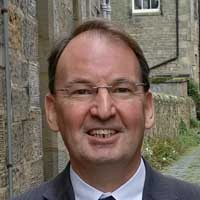 Gregor and his wife Tina are our oldest members! (They joined when the church was just 3 months old back in 2004).They have 2 children Eilidh and Finlay. Gregor teaches in Kirkcaldy and in his spare time is a classic car enthusiast who also enjoys walking and golf. Rob grew up in St Andrews and after studying history at university he decided he needed more excitement in his life and became an accountant.  Since the mid 1990s he has been involved in running a dairy business in Manchester and nowadays also helps run the family farm just outside of town.  Rob is married to Heidi and they have five children, two at university and three at school locally.  When he is not working he likes to spend time on the farm, particularly the forestry, and also enjoys hill walking and reading history books Having been born, raised, schooled, and started his working life in London, Saleem is thankful to have married a Scot, and discovered there is much life beyond the confines of the M25! He now lives in St Andrews, with his wife and three children, and works at the university. He was built for comfort, not for speed, but enjoys taking walks with the family in the wonderful countryside and on the beaches in and around the town.

Tom moved to St Andrews to study for an undergraduate in Computer Science and could never bring himself to leave. Since then he has undertaken a PhD at the university and now works as a software engineer. Tom married Catherine in 2016 having met as undergraduates. In their free time, they tend to be found walking, swimming or behind the sound desk.

With degrees in Philosophy and Theology, and postgraduate study in Education, Robert has served as a minister in the Church of Scotland, the Orthodox Presbyterian Church (USA), and the Free Church of Scotland (retired). He has worked as a parish minister in Scotland, a lecturer in theology in Nigeria, a church planter in Illinois and a secondary teacher for Additional Support Needs pupils. He is married to Aileen, has 3 children and six grandchildren. An avid rugby fan, a prolific and eclectic reader, his spare time is usually devoted to his children and grandchildren.

Can We Be In Touch?

Please use the above button to sign up to receive information from us or to update your contact details and preferences.

This site uses Cookies, some features may not work fully until you have accepted our usage of them. Accept